“No such module” using XcodeThis error is to show user that library or SDK which is added in your project is not getting linked properly. There is some issue so look into that linking issue and solve it. Error throw where that Library or SDK is imported. For example if i have imported AFNetworking SDK and it has linking errors that where i will import it will show error there and it will not allow me to use that.

“No such module” error in Xcode

“No such module” error of Xcode comes as validation for linking of framework that you have used is done correctly or still something is missing. It also occur when you update Xcode to new versions or install / uninstall Pods or framework. A framework should be added properly in project and if needed than also add in header file or add path of framework to search framework path option in build setting of Xcode. 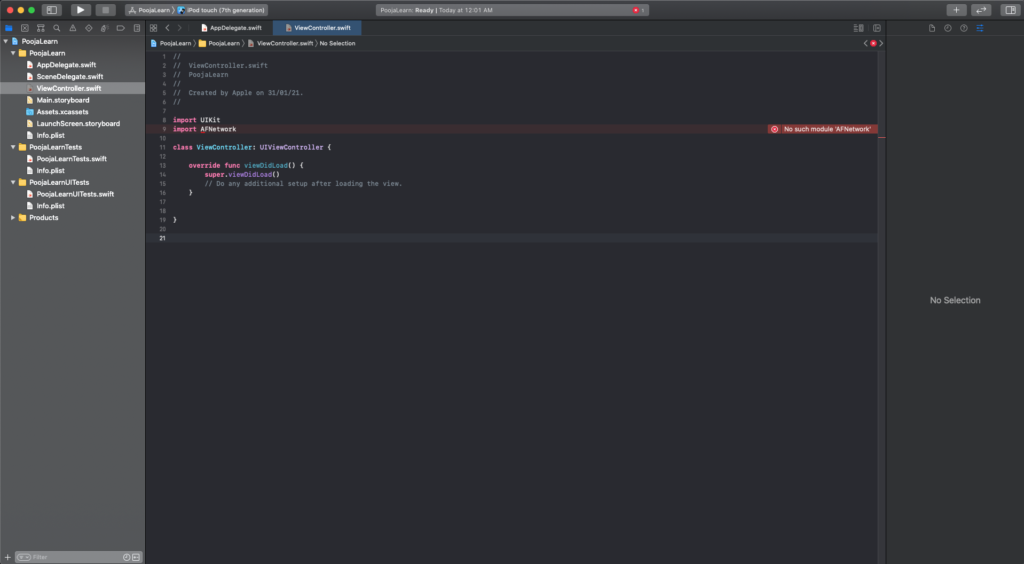 How to fix “No Such Module” error in Xcode

There are many ways which you can try to solve this error because cause of issue is different in different cases. As this error come from many reasons so what fix will fit for you will be detected by hit and try with below fixes.

1. Search for framework and add it again

2. Import that framework in Bridging Header

If you are using cross language framework in your project like for example your code in Swift language and you have added Objective-C Framework then you need to import that framework in Bridging Header file first.

3. Adding Framework Search Paths in Build Setting to solve “No Such Module” error in Xcode

If framework is added to your project directory then you need specify path to your framework to Xcode so that linking can be done. For that go to Build Setting in your Target.
Then search for Framework Search Paths and Add there $(SRCROOT) and set it to recursive.

4.Uncomment use_frameworks! in PodFile to solve “No Such Module” error in Xcode

If you are using swift with CocoaPods then you can try by uncommenting use_framework! line from your Podfile as mentioned below screenshot.