Swift was introduced on 2014 on Apple’s WWDC (WorldWide Developer Conference) as language. Now it becomes emerging language for iOS App development, in present scenario it has left behind old language of iOS that is Objective-C. Currently, the majority of libraries are supported to swift. Even New libraries are developed with only support to swift. All developer have to migrate to swift as apple can make swift as its main language and deprecate Objective-C. 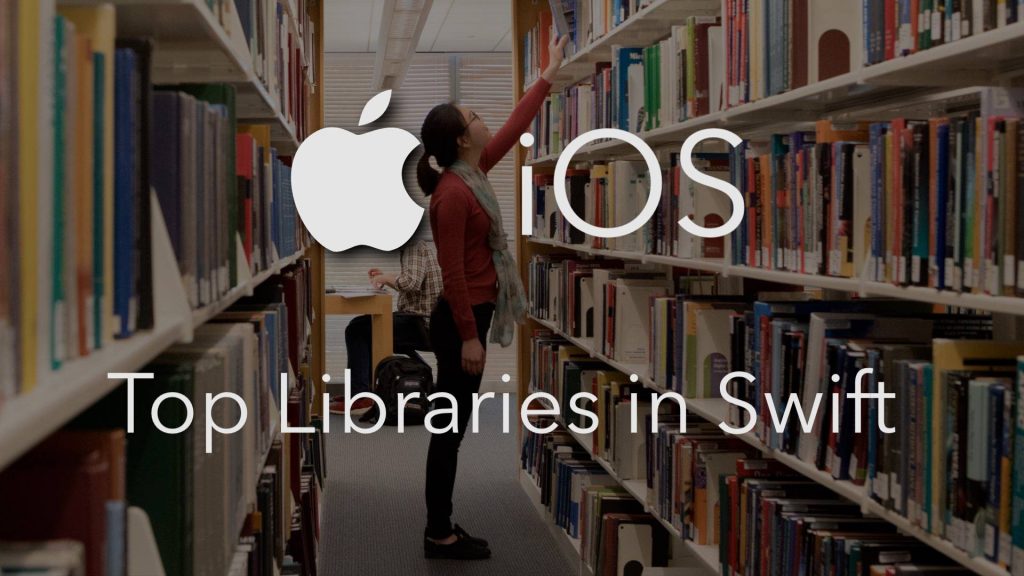 Spreadsheet view is very useful library as it has very configurable spreadsheet view user interface in iPhone and iPad applications. With this library you can make many types of view like schedule, Gantt chart, timetable as if you are using Excel. It has very vast variety of customisation that make it as prefer choice for creating these type of views.

Auto layout constraints are badass in iOS development. Snapkit is third party library which makes auto layout work much easier for user in iOS app development. If you have already developed app in iOS then you know that developers create constraints by Xcode’s user interface tool or by programmatically adding into codes. Thus by one way or another developer creates constraints like some developer go for the user interface option and some developer goes for adding code option and some do both the things. Here, we are talking about the coding part, because snapkit helps us to create constraints through coding. Creating constraint without snapkit can be headache if you have not done earlier but with snapkit its hassle free and easy. If you have to create constraint within code part then snapkit is best option you can go for.

In mobile application development we need to make connection between server and mobile app and request for data that needed in our app to display purpose in response. So calling restful API’s play very important key role in mobile app development and in this Alamofire is the best library for making this happen easier way. In case of Alamofire is a Swift-based HTTP networking library for iOS and macOS. Alamofire simplifies networking task. It provides chainable of request/response methods, JSON parameter and response serialization, authentication, and many more features. It uses URLSession methods for making network tasks.

SwityJSON is third party library which is used for parsing of json content in your iOS app. Parsing thought JSONSerialization method is quiet tough rather this library just takes your all headache and makes it very easy for you so it is in top library list as JSON parsing is very basic and important part of app wherever API’s will be called and if content from server is coming in JSON format then this library can save your lot of time in parsing of that content.

We all have need to download images in most of dynamic contents of app and for such cases download caching that data of images is headache but this KingFisher library make it very simple and easy. As KingFisher is the name of bird which is very fast in catching its prey as this is very fast and efficient way of loading image data and loading into User Interface and also it handle cache of image data thats why it is very useful and quiet require to use in most of app having dynamic content and where images are coming from server.

CoreStore library is for those app which are data dependent. This library CoreStore being developed as heavily shaped by real-world needs of developing data-dependent apps. It enforces safe and convenient Core Data usage while letting you take advantage of the industry’s encouraged best practices. By Corestore make chances very less of doing concurrency mistakes. In CoreStore there are many features like Type Safety and swift elegance, efficient importing utilities, progressive migrations, easier custom migration, plugin you own login framework, informative logs, and also objective c support, etc,.

SkeletonView is library for designing part in apps mainly in purpose of user experience (UX). This library SkeletonView developed to make loading of content on app so fun for user that user does not get bored with a stuck and blank screen, that what skeletonView do it. Through SkeletonView user can design for default screen until main content is loaded, and when content is ready to show then skeletonView default screen disappears as we code.So apps like showing UITableView contents are on screen while APIs are made or some task is going on while we as better user experience we have to show something to user, so thats why skeletonview is in this list. It has also static appearing ability plus it can also manage to show animated content with different customisation.

Every developer or owner of apps with ads or social apps wants it app to have maximum download it can to increase revenue from ads. User download app by seeing its rating reviews of app on store. So to increase chances of getting reviews and rating from user we have to show user popup asking to rate and review as such that user does not get annoyed this work can be done easily through armchair library. Armchair has lots of option for setting up popup of asking for rate and review with different timings and also you can settup on different completion of task or anywhere in app where you code for it.

It is library for calendar with day, year and month selection showing to user for selecting date as popup or alert. Third party library FSCalendar is very efficient and has also customized library. In forms listing screen where developer need to show calendar as date picker is outdated now now user also like customised calendars in apps so there FSCalendar is the library for that just some line of code and its done even customisation is also easy.